There are times when one would want to leave behind the past and move on in life and there is nothing wrong in doing that. Quotes about moving on and letting go in this post will give you the required motivation and encouragement to take up this difficult decision of life.

At times it gets difficult to take such decision, as you are aware life can completely turn in a different direction, with this one decision, so needs to be very careful and calculate the risk before moving forward.

While there might be fear, greed, curiosity or maybe feeling of regretting it in future that constantly keeps us influencing to take any such decision and whatever way you choose, you need to be prepared for it and ready to face it’s consequences, as it might not be possible to come back to this point again.

The sole aim of the article is to make our reader aware of the consequence and provide strength to take this decision when it’s absolutely required and there is no other way ahead.

Quotes about moving on and letting go of the past

Below quotes about moving forward in life will help you to take a right decision for yourself.

If people only knew how hard I’ve worked to gain my mastery, it wouldn’t seem so wonderful at all.

Success is only the tip of the iceberg, anything that looks like an overnight success, very few people are aware of the efforts and time went into it. So, whenever you feel like moving on and giving up. Do remember you are even leaving your dream that you always wanted to live, so don’t take a decision at a spur of the moment, take your time and then decide.

Obstacles don’t have to stop you. If you run into a wall, don’t turn around and give up. Figure out how to climb it, go through it, or work around it

If you give up one thing, you will definitely again give up on other things too. Things are never going to be the same, you need to handle it, hold it and turn your way, so simply don’t give up as it’s the simplest thing one could give.

Forgive yourself for your faults and your mistakes and move on.

Learning from a mistake is what winners do. Who told successful people don’t make mistake, contradictory they make a lot rather than people who believe in playing it safe, that’s the reason they succeed because more you fail closer you are to success.

We must accept finite disappointment, but we must never lose infinite hope 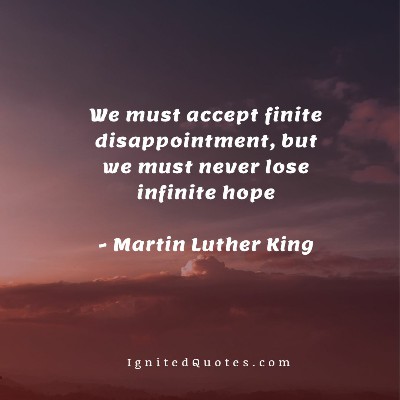 The situation is temporary and dream is forever, never give up on dreams because of some temporary situation, always believe things are going to be better sooner or later. This is one of my personal favourite quotes about moving on and being happy

If you don’t like something change it; if you can’t change it, change the way you think about it 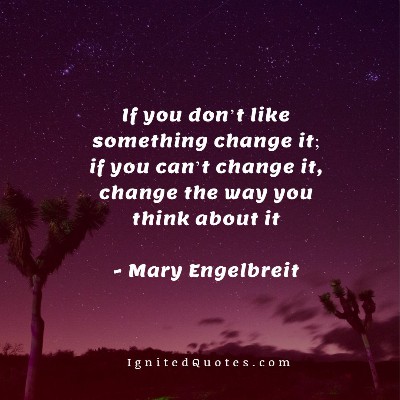 Everything is never going to be under our control there is always a number of external factors that are seldom our control but impacts our life a lot. So, it’s always wise to accept change as it comes and blend with time, without changing your ultimate goal.

If after careful consideration, you have decided to let it go and move on as that’s only the best thing for you, then don’t look back even for a second. Build up the courage and simply move on and never ever regret about taking this decision, a great future life in front of you.

The greatest glory in living lies not in never failing, but in rising every time we fail

A wise person knows very well when to give up and move on and when to hold it back. One learns this after years of experience and both things are equally necessary from time to time. Just one should believe in themselves when taking any decision.

Get going. Move forward. Aim High. Plan a takeoff. Don’t just sit on the runway and hope someone will come along and push the airplane. It simply won’t happen. Change your attitude and gain some altitude. Believe me, you’ll love it up here

Successful and unsuccessful people do not vary greatly in their abilities. They vary in their desires to reach their potential.

Strive for progress, not perfection.

There are two kinds of people in this world: those who want to get things done and those who don’t want to make mistakes.

It’s not about how bad you want it. It’s about how hard you’re willing to work for it.

Failure is the opportunity to begin again more intelligently

You don’t drown by falling in the water; you drown by staying there.

If you don’t burn out at the end of each day, you’re a bum.

Embrace the pain to inherit the gain.

The only thing that overcomes hard luck is hard work.

There are no shortcuts to any place worth going.

Yesterday is not ours to recover, but tomorrow is ours to win or lose.

Even if you fall on your face, you’re still moving forward

Quotes about moving on and letting go after a breakup

We keep on meeting new people in every phase of life, some people go along really well while others don’t work out as expected and it’s that point where one need to decide whether they need to move on or not.

From the web: Steps to move on after breakup

Below quotes about moving on and letting go of someone will you to decide it for yourself.

Don’t cry because it’s over, smile because it happened

Every experience in your life is being orchestrated to teach you something you need to know to move forward.

Push yourself, because no one else is going to do it for you.

Change has to come for life to struggle forward.

I hope you are now clear in taking a very informed decision whether you want to hold it back or let it go.

Whatever you decide to do, just believe in yourself and stick to it, things will definitely turn your side.

Have a great day!

Infographics to keep yourself always motivated:

Elon has also been fascinated by web technologies. He is a web developer in day and writer by night. He likes to write mostly about friendship and love! He loves travelling and trying different local cuisines